Japanese Over The Top Pop Music

Like many Japanese folks, we've had a long standing family tradition watching NHK's New Year's talent show. It's a trip, especially when you're slowly getting inebriated with hot sake. The pop stars are outrageously skinny. Many have fried their hair to be blond. And the old timers wear costumes that make "Transformers" look like Barbie in a Matchbox - it's crazy I tell you. All in all, the show gives me a headache more than the sake but I can't stop watching the insanity. It's the Asian Grammy Awards performed by Anime on Extacy.

The best are the Japanese rock bands. They look like Green Day but act like the Osmonds - they're so polite and humble - it's hysterical. Imagine Metallica being interviewed by Billy Crystal, if they were Japanese it would go something like this.

"Yes Billy, and I'm looking forward to playing in front of my fans again. Thank you for your support!"

"Well, you better take your place on stage - what song are you playing for us today?"

"Master Of Puppets - that sounds wonderful!"

Yes, Japanese pop is way over the top. What's with their gazillion member boy bands? I don't mean to sound ignorant, but they all look the same to me. Actually, all boy bands do. In my opinion, a country that produces a large number of Boy bands demonstrates a clueless economy. Not poor - clueless. If they were poor, they'd sing. Like their meal depended on it. Since they're Dunkin'-Donuts-instead-of-Starbucks-poor, they lip sync. And dance around like cheerleaders.

We've yet to see a Japanese music artist make it big in America. The closest was "Loudness," a heavy metal band that sort of made a break in the mid-eighties. 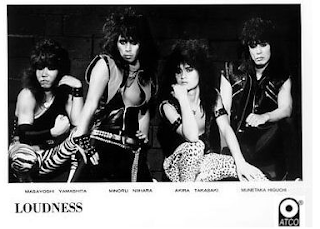 Gee, I wonder what went wrong.

Then there was "Pink Lady," a duo with a normal sized girl and a twig. They barely spoke English but NBC thought it would be a great idea to give them a prime time television show here. It lasted a whopping six weeks. See what happens when you end with a hot tub?


There's always Cibo Matto made semi-famous by associating with Sean Lennon. But seriously, who knows any song by them? And don't even go there with Yoko. I'd put her in the same capsule as Paula Abdul - it's named "Just Go Away".

All joking aside, I should mention that this year's NHK show was dedicated to the folks in Fukushima, Japan. The residents are undoubtedly still dealing with the horrendous aftermath of the numerous disasters they survived from last March. The live feeds showed the audience watching the broadcast from shelters and homes in good spirits. I don't think any amount of hot sake and boy bands would do it for me if my town was quaked, drowned and radio-activated.

I thought of dedicating an original tune on YouTube but every time I sing falsetto I wind up singing Pick up your TOYS! So, here's the future boy band I'm currently working with. Right now, they're calling themselves "The Fart Boys." 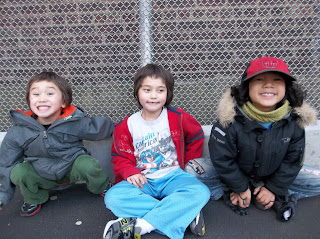